While perusing the Internet, I came across an article by Curbed which explores the head house of the old TWA terminal of the John F Kennedy International Airport in New York City. Unfortunately abandoned (but slated for conversion into a luxury hotel), the TWA terminal is the final work by famed neofuturistic architect and designer Eero Saarinen, who died in September of 1961 of a brain tumor, just prior to the terminal’s opening in 1962.

Look at that; it’s beautiful! So why is it abandoned?

Well, the real reason is that a chain of events (including the TWA Flight 800 disaster and the September 11th attacks) led to TWA’s outright dissolution and absorption into American Airlines, following their third bankruptcy. The firings and corporate dissolution led to the entire terminal being abandoned (and TWA itself being folded into the American Eagle branch of AA), and no one else wanted to buy it out or repopulate it for use as a legitimate terminal.

The reasons for that happening are manifold (and unstated), but they likely include the following:

Now, I’m not deriding the use of software architecture at all. I think having a strong, solid architecture that meets the users’ needs with elegance and grace is the thing that takes a functionally-sufficient piece of software (or hardware, or building, or bridge, or whatever) and makes it world-renowned and wildly successful. Again, look at the iPod.

However, the important part of architecture is that is meets users’ needs, even the ones they didn’t know they needed, and that good software architecture (software being the easiest architectural medium to change) evolves to meet those needs through the years.

For example, consider MySpace. When I was in middle school and high school, MySpace was everything. I had my own page, full of goodies like links to Neurotically Yours, black and purple backgrounds, and a music player that had a lot of Pink Floyd and Green Day. Everyone used MySpace; it was how you found out who people were (or at least, who they thought they were). At the time, this did exactly what it needed to: Brought people together, gave them a voice, a place, and the ability to customize their online persona. It was many people’s first social network.

Nowadays, we think back to MySpace, and while some of us remember the good old days, most just shudder at the horrible designs and Dynamic HTML/Javascript effects that everyone went gaga over, but which ended up sacrificing a clean, functional design for the trappings of personalization.

The simple fact of the matter is that Facebook took what MySpace did, improved on it, and had a better idea of what most people wanted. Instead of allowing users to customize pretty much whatever they wanted, Facebook focused on chronicling who each user was based on their interactions with others, as characterized by postings, pictures, and other user-generated content, as opposed to the virtual equivalent of how they decorated their rooms. Considering the dominance of Facebook, and the relegation of MySpace to a shadow of its former self (basically, a means of promoting musicians and bands who do require the simplicity and customization that MySpace provides), I think we can see who won; by having a more spartan and less customizable architecture, Facebook could change to meet its users’ changing needs, and adapt better to the future, ensuring its dominance for the last seven years (whereas MySpace only held dominance in the market from 2005-2008, a measly 3 years).

Good architecture is hard. You have to know a lot about the people who are going to use your product (yes, people, like your grandma, not just users), and you have to have a bit of clairvoyance combined with the right level of beauty, smart design, and extensibility. That’s why this… 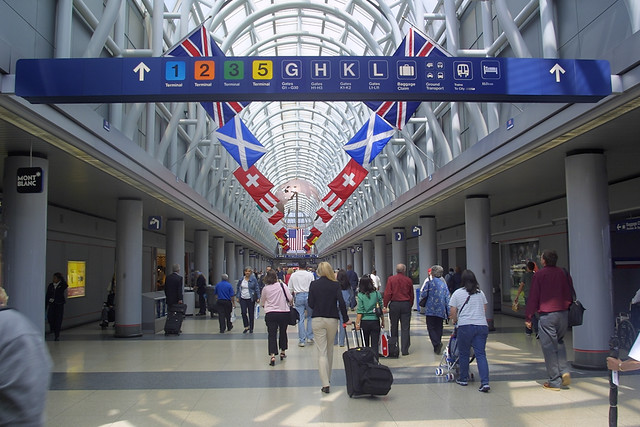